HOT OFF THE PRESS!

The story of our local football club .... published in 2017, the year the Club won the Cup Final to become the Glos. Football Association Senior Amateur Champions.   That's a long way from some mates kicking an inflated sheep's bladder around on rough grass in the mid-1920s.  Buy the book and read the first 50 years of the Club's history! 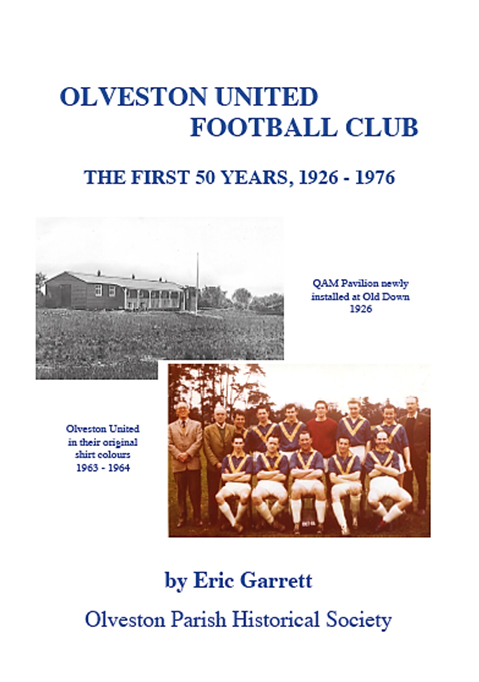 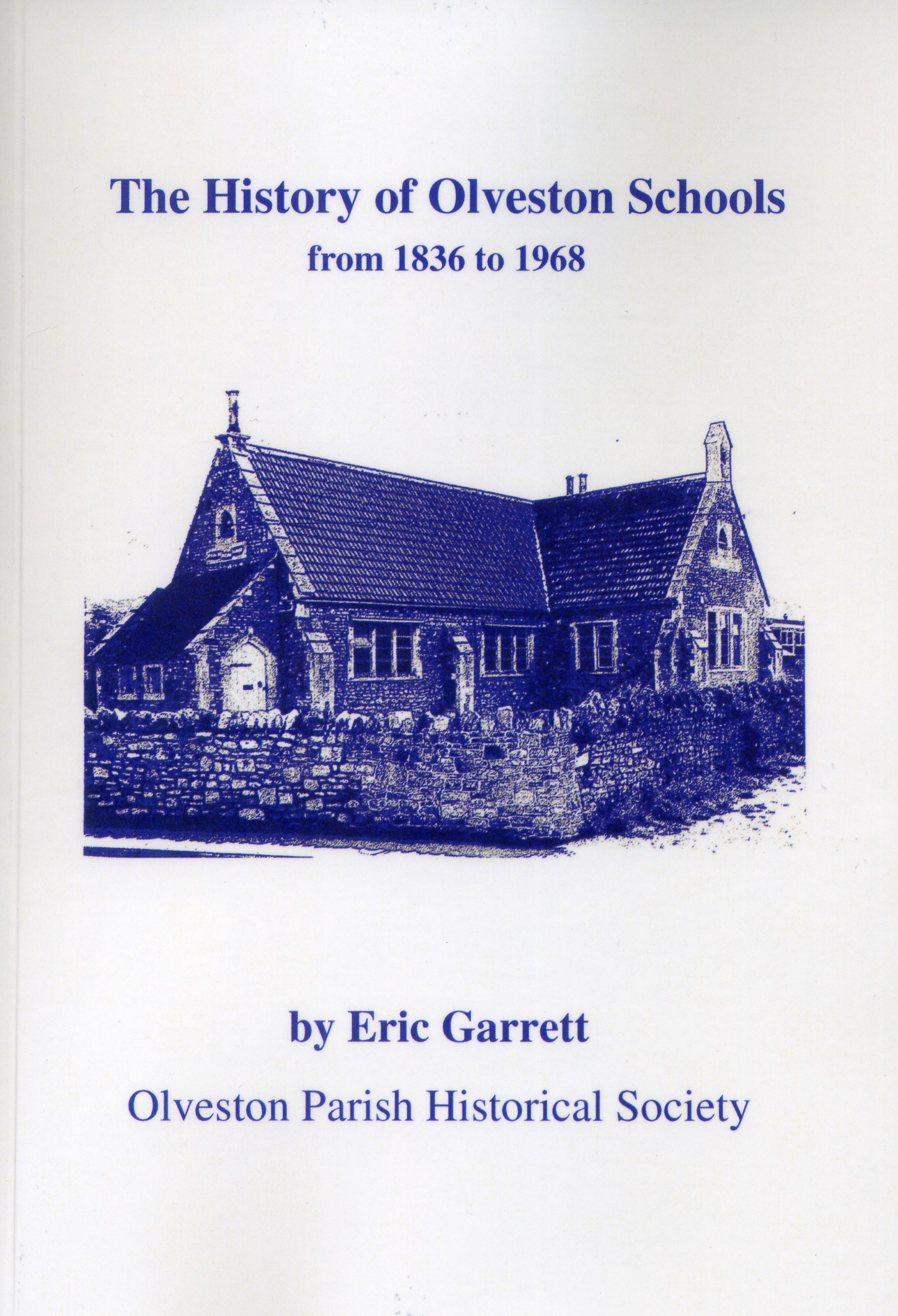 Using personal recollections and extensive archival research, this book paints a picture of the development of village schools in a rural community in the nineteenth and twentieth centuries.  The Victorian period is brought to life by selections from old school log books kept by the headteachers and by the minutes of the management committee of local people who ran the schools before they were taken over by local education authorities.  A splendid range of photographs, the earliest dating from 1871, show buildings, pupils and teachers from different eras.  Photos of classes from the 1930s, 1940s and 1950s have captions which list mnay familiar local surnames.  At Eric's launch talk on the subject, local residents were engrossed in spotting photos of family members, former teachers and classmates.  A perfect present at just £8! 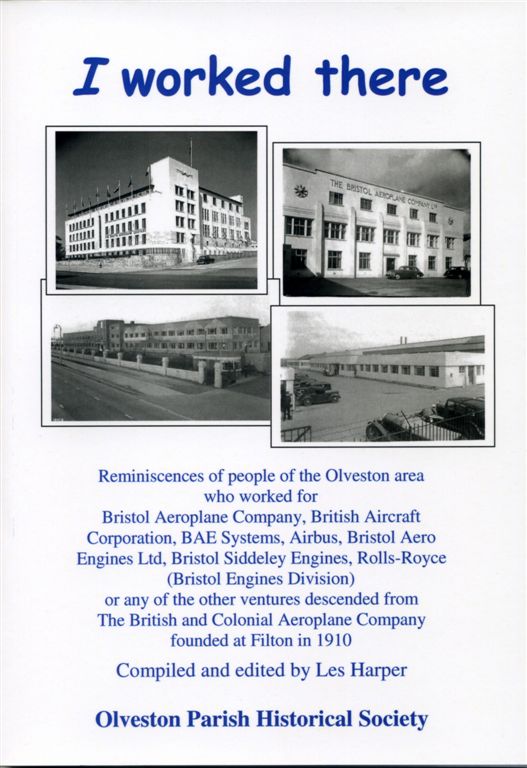 Reminiscences of people of the Olveston area who worked for Bristol Aeroplane Company, British Aircraft Corporation, BAE Systems, Airbus, Bristol Aero Engines Ltd, Bristol Siddeley Engines, Rolls-Royce (Bristol Engines Division) or any of the other ventures descended from The British and Colonial Aeroplane Company founded at Filton in 1910. 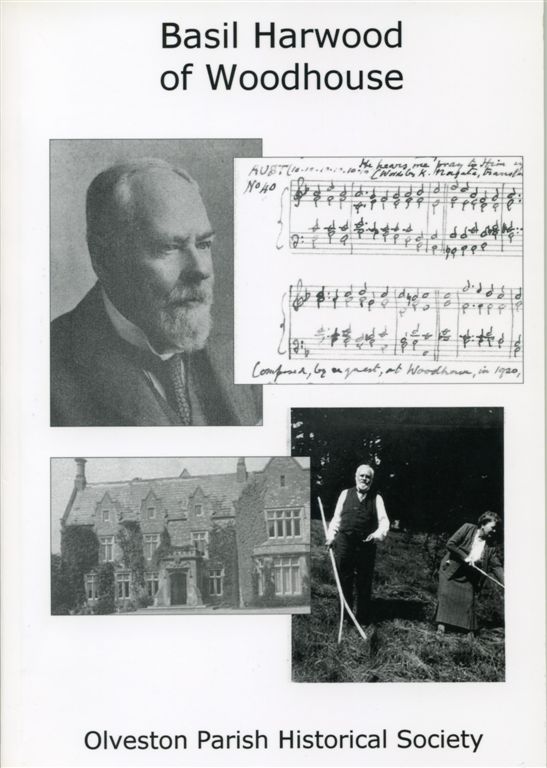 Dr Basil Harwood, 1859-1949, was born and brought up at Woodhouse, the family's estate at Tockington, in the parish of Olveston, some 12 miles north of Bristol. A photograph of the old house can be seen under Historical Buildings.

The youngest of nine children in a strongly Quaker household, Basil's early love of music blossomed under the influence of his father's second wife, an Anglican, when some of the family attended the local church.  Basil became entranced by the organ; he went on to become organist at a church at Pimlico, then at Ely Cathedral for five years, followed in 1892 by becoming organist at Christ Church Cathedral, Oxford.  He co-founded the Oxford Bach Choir, and edited the Oxford Hymn Book.

In 1909, aged 50, he returned to Woodhouse to manage the estate, following the deaths of seven older brothers and then his father. However, Harwood continued composing for the organ, and wrote many hymn tunes named after local towns and villages (Elberton and Thornbury); he also played an active part in the musical life of Bristol.  He retired and moved from Woodhouse to London in 1936.  He died in April 1949; his remains are interred in St. Barnabas Church, Pimlico.

This is the story of Basil Harwood's home life, especially at Woodhouse, and how it affected his musical career. 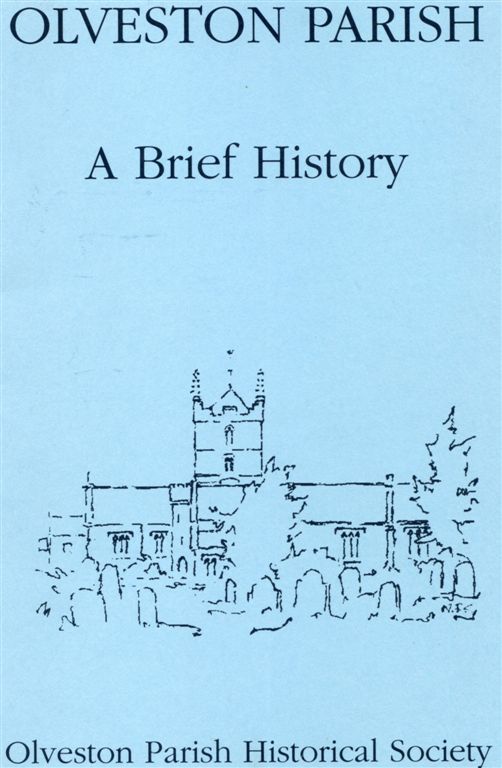 This 32 page booklet was produced by the Society with the object of providing those with an interest in the parish with an introduction to its long history.

It does not, for the most part, consist of a chronological narrative; instead it selects various features of the parish and its life and gives an account of how they developed. The booklet contains only a tiny fragment of the material held in the Society's archives. 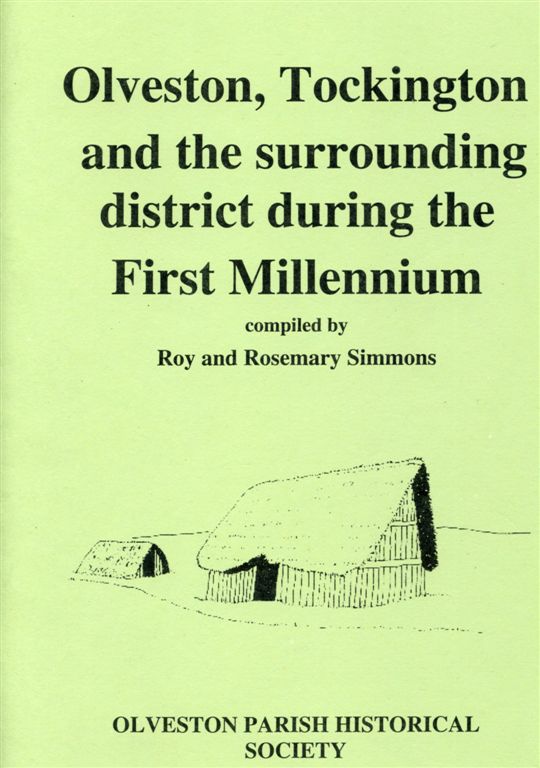 Olveston, Tockington and the surrounding district during the First Millennium, to give it its full title.

Any history of Olveston which aspires to cover the period of the first Millennium A.D. must, to a large extent, be speculative or conjectural because solid evidence of early occupation is sparse.  Our chief resource is the landscape itself and we must try to read the signs such occupation has left behind, using whatever clues have been left for us. Written evidence for this period is very scarce although for Olveston and several of the surrounding parishes we are fortunate in having Anglo-Saxon charters which set out the physical boundaries of Estates.

Alas, over the past 1100 years, although some landmarks are still detectable, others are frustratingly obscure and yet more, not surprisingly, have vanished altogether.  Nevertheless, these charters make fascinating reading and using those features which are still traceable, we can feel we are reaching back over the centuries. 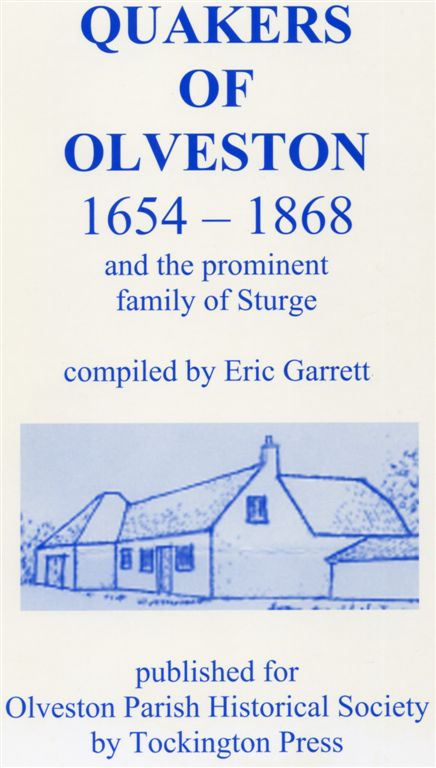 For over two hundred years from the middle of the seventeenth century, in a period when the Church of England's influence in and around Olveston was at a relatively low ebb, non-conformism grew.  Many yeomen farmers became Quakers and a Friend's Meeting House was established in Olveston (see Historical Buildings).

To trace this period and give it continuity, the Sturge family, who were Quaker elders throughout, has been used to provide an insight into the lives of these families.

In 1793, Joseph Sturge VI, the philanthropist and peace campaigner who became a national figure in the abolition of both the slave trade and the Corn Laws, was born into the Sturge family at Elberton Manor.

The research and production of this booklet  was funded by a grant from the Local Heritage Initiative.  The book forms one part of the project "The People of Olveston and Aust in Peace and War".  The local Heritage Initiative is a partnership between the Heritage Lottery Fund, Nationwide Building Society and the Countryside Agency. 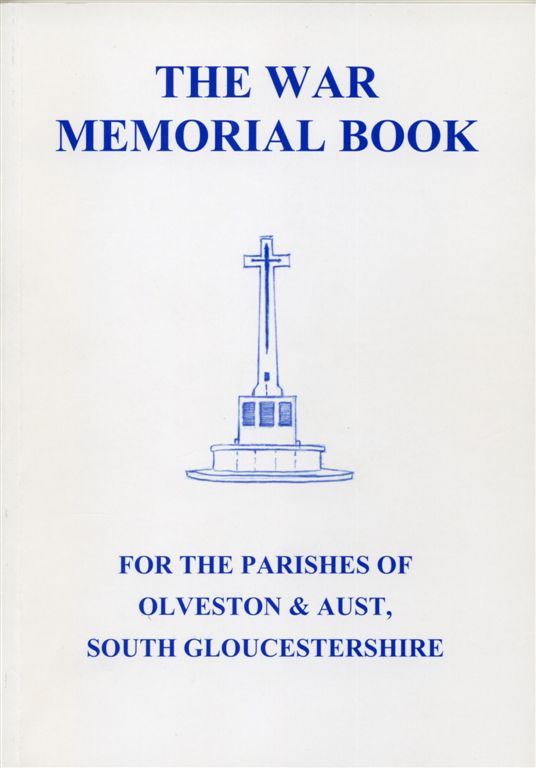 The War Memorial Book for The Parishes of Olveston & Aust, South Gloucestershire was compiled by William Morgan, a member of the Society.

The book chronicles the story of those from two neighbouring civil parishes who gave their lives in the two great world wars of the twentieth century, and who are remembered in one of the four churches that serve these parishes.

Copiously illustrated, the entries for each name commemorated tell something of the appalling horror and waste so typical of those wars, but also of the camaraderie and courage displayed by so many ordinary village folk.  There are accounts, too, of what it was like on the home front, including at a local manor house turned hospital, of a civilian casualty in World War II, and of one man who died in the Korean War.

The research and production of this book was funded by a grant from the Local Heritage Initiative.  The book forms one part of the project "The People of Olveston and Aust in Peace and War".  The local Heritage Initiative is a partnership between the Heritage Lottery Fund, Nationwide Building Society and the Countryside Agency. 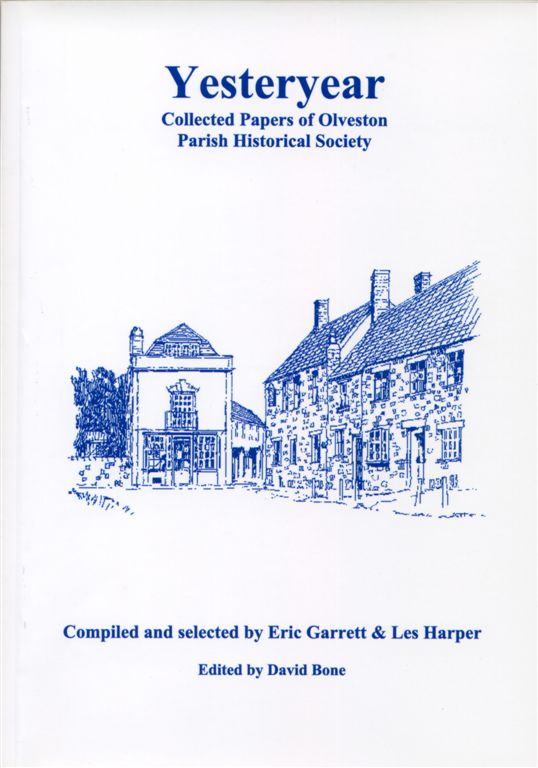 This is a fascinating collection of papers which are not large enough to justify individual publication.

They incude the appropriation of Olveston's early wealth by Bath Abbey; the "Fearful Newes" of the loss of Olveston's church steeple; one of the very first censuses taken in the country; the famous Tockington Regiment; the story of The White Hart Inn; the return of a Boer War hero and much, much more.