In this picture, taken from the south west, you see most of the village and several of the buildings described below.  Just right of centre is The Court and its adjacent buildings.  Centre stage is St Mary's Church, and just to its right, The Old Vicarage. To the left can be seen the red tiles of the village's primary school.  Hill House and The Meeting House are off to the right, not visible in this picture. 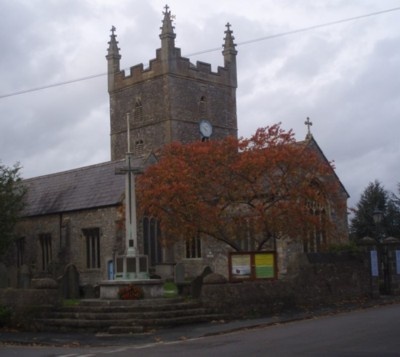 St Mary the Virgin, Olveston, seen here from the west, sits at the heart of the village, sharing the main crossroads with the White Hart, the former post office and Churchill House.

Saxon records of 620 show Olveston as having an ecclesiastical establishment and the Norman church, built about 1170, is thought to be on, or very close to, the same site.  St Mary's once boasted a spire, but this was destroyed by a great storm in 1604 and was never replaced.

St Mary's remains a very active centre of worship and holds services every Sunday.  It is also a very popular venue for weddings. 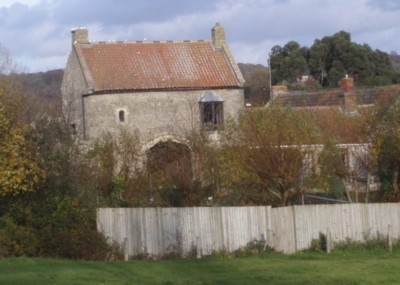 Olveston Court, with its associated buildings, is situated to the west of the village and was formerly a fortified manor house. It can best be viewed from the footpath which leads from near the pump at The Green.

It was once a moated site and parts of the battlemented walls and moat remain, off to the left in this picture. Here we see the two-storeyed tudor gatehouse with its fine four-centred arch.  The oriel window is a much more recent addition.

The nearby Great Barn and Bee Garden buildings were once part of the Court.  All three are now private residences. The Court is but one of 54 listed buildings of special historical or architectural interest within the parish. 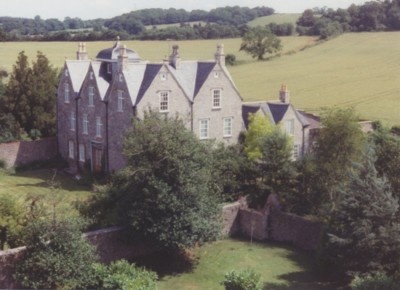 The early Quakers suffered extreme persecution for refusing to pay church tithes and swear oaths of allegiance to the Crown.

Joseph Sturge V, on marriage to Mary Marshall, moved to Elberton Manor in 1787. This house was previously owned by another Quaker family, the Goldneys.

This view is taken from the tower of nearby Elberton Church. 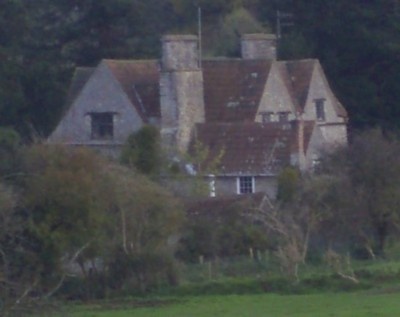 George Fox, founder of the quakers, visited Olveston in 1660 and 1666 to initiate procedures for monthly meetings.

During these visits, he lodged at Hill House, The Green, as guest of William Rogers.

His third visit was special for him in that he married Judge Fell's widow, Margaret, at Broadmead, Bristol on 27th October 1669. Their two week honeymoon was spent at Hill House.

Quakers occupied Hill House in two separate periods - "Rogers" in the 17th century and "Sturge" in the 19th.

Here, we see Hill House from the south west. 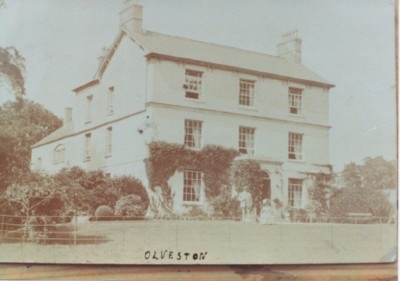 Joseph Sturge V and his family moved to a smaller farm, New Leaze, Olveston in 1809 for his retirement and the family remained there until 1820.

Members of the Sturge family built many of the cottages in the centre of Olveston, with several at the north side of Church Hill and in Ley Lane. 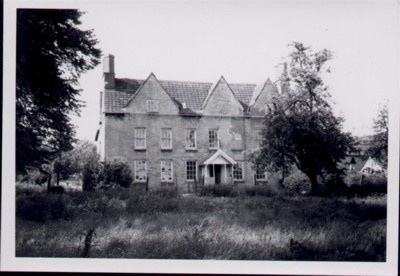 Joseph Sturge and his family moved to this larger farm, Sheepcombe Farm at Washing Pool Lane, Tockington in 1799, where six more of their children were born. 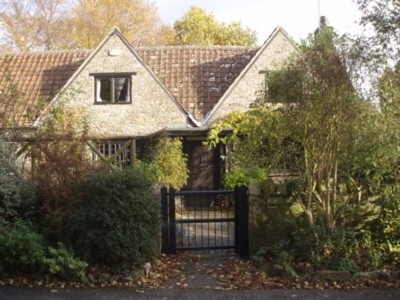 The Quakers - The Old Meeting House

Quakerism came to the locality following a visit to Olveston by John Audland and John Camm who spoke to a large gathering of farmers on Elberton Green in mid-September 1654.

Walter Clements of Olveston received the two preachers into the village whilst they were on their journey out of Bristol where they were crusading. Their speeches so inspired the farmers they formed a group to become Quakers. Olveston Parish at that time comprised 100 families, of which 40 parted from the established Church.

Early Quaker meetings were held at various farms until a farmhouse at The Green, Olveston was donated by William Rogers of Hill House in 1695 and enlarged into The Meeting House, which lies just across the road from Hill House.  Today, the Meeting House is a private home. 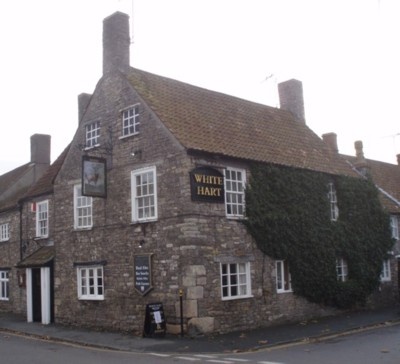 It is known that the White Hart, as an inn, existed in 1605 and that it was enlarged in the middle of that year.

Stone left over from rebuilding the nearby church tower (after the steeple burned down due to a lightening strike) and from the disused manor and chapel at Tockington were used. The font from the chapel was reputedly built into the front corner wall.

With the Aust Ferry Crossing only two miles further on, this was a popular stopping point for mail and other coaches when tidal or other river conditions made it impossible to cross to Wales. 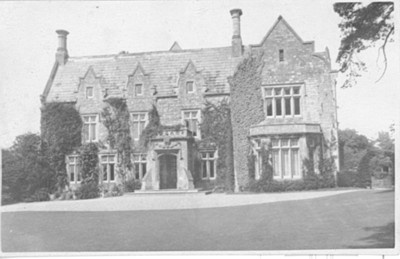 Woodhouse was the home of Basil Harwood, the famous organist and composer of hymn tunes (for more on Harwood, see Publications).

It lies just below the A38, off Fern Hill, Tockington and has spectacular views across the Severn to The Forest of Dean, the estuary and Wales.

The land adjacent to the house is now used for Scout camps and other recreational purposes.